‘You’ll be famous now!’ New footage shows giggling Reese Witherspoon tell policeman arresting her that he will become a star

From the woman who famously declared ‘Do you know my name, sir?’ now comes Reese’s latest mortifying statement, ‘You’ll be famous now!’

In the footage from the police car’s dashboard camera Jim can be seen struggling to sound sober, and control his wife, while he chats with a Georgia State Patrol officer on the night of April 19 when he was pulled over for driving under the influence.

Scroll down for video… 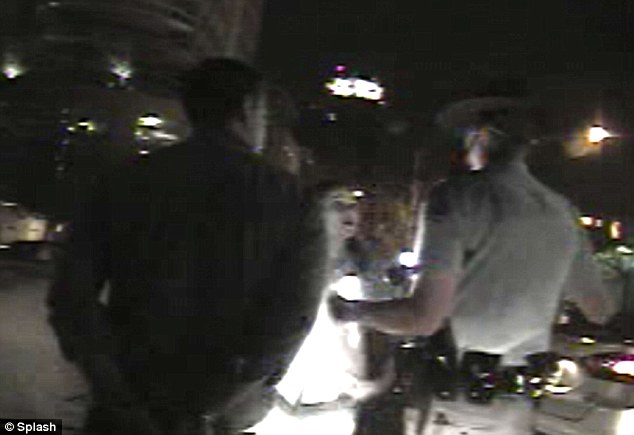 Big trouble: In a newly released video, a drunken Reese Witherspoon can be heard giggling as her husband Jim Tooth tries unsuccessfully to pass a field sobriety test

But just like in life, Reese is the star of the show and quickly steals the limelight by mouthing off at both the arresting officer and his partner – obnoxiously the Water For Elephants actress declares she will make the officer a star.

The clip starts out with the Hollywood agent standing with his hands behind his back while Reese sits in the car, having already been placed into custody.

The Sweet Home Alabama star is heard chatting away with a second officer, expressing her shock over the whole incident. 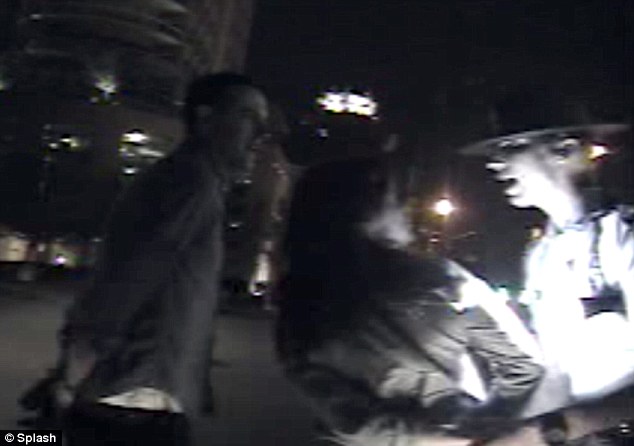 Fame maker: Reese obnoxiously declares she will make the officer a star 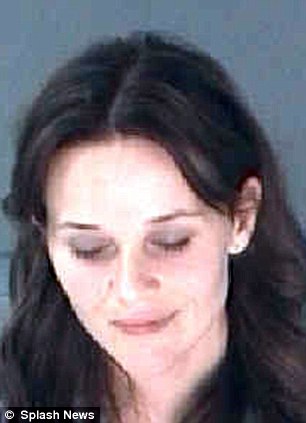 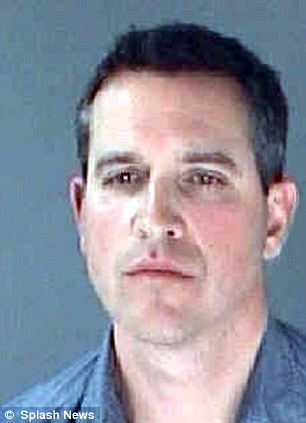 Not her best angle: Mugshots of Reese and her Jim were both released on Sunday after the pair were arrested on Friday night

‘Wow he just arrested me, he arrested me,’ she’s heard giggling, repeating the phrase several times.

‘You’ll be famous now for arresting me,’ she affirms.

Obviously embarrassed and realising his wife is making a bad situation worse, Jim tries to rationalise with the officer. 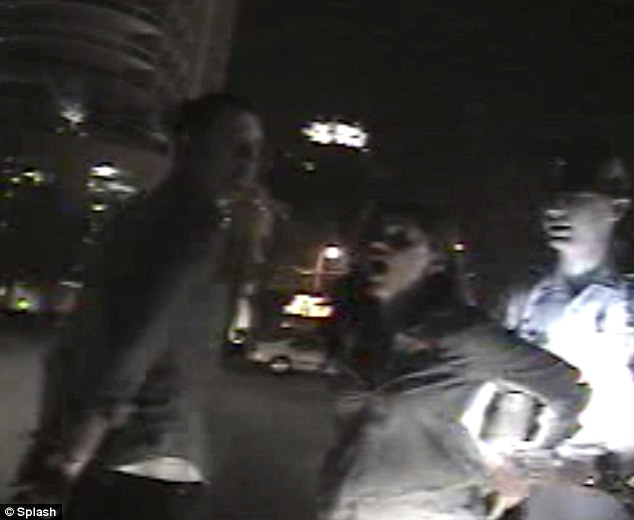 Cuffed! The actress can be heard saying, ‘Wow he just arrested me, he arrested me’ 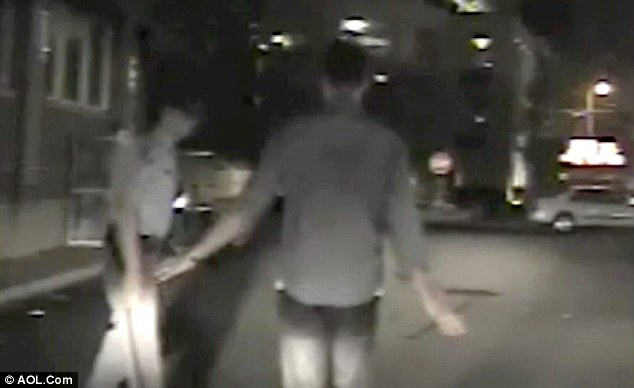 Walk the line: Jim Toth, Reese Witherspoon’s husband, attempts to take a field sobriety test on the night the couple was arrested in Georgia on suspicion of DUI 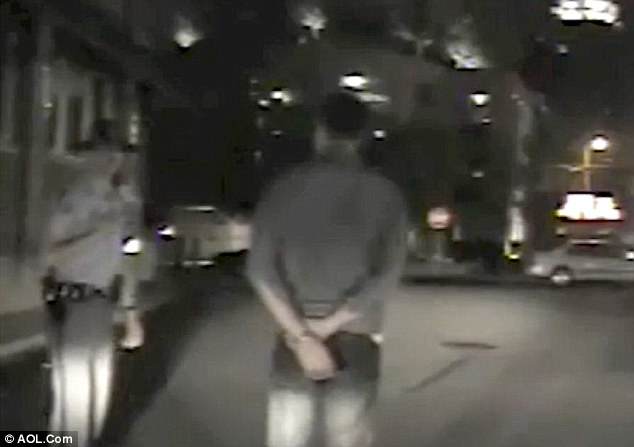 At attention: The Hollywood agent keeps his hands behind his back while the officer gives him instructions

‘I’ll do whatever you want me to do, but here’s the other thing I’d say – my wife does get harassed quite a bit,’ he explains, trying to soften the blow of his wife’s behaviour.

Jim tries to have a ‘man to man’ with the officer on his wife’s behalf that she has had a few drinks, but the stress of her work was taking a toll on her.

The officer fights back, saying that he didn’t do any such thing and that he ‘doesn’t negotiate’ – if that’s what Jim is trying to do.

Of course it was Jim who was in the most trouble and when asked to walk the line as part of the sobriety test he also has tries to explain why he too is not able to follow the letter of the law – explaining he has injured his foot – the Hollywood agent was pictured in a cast last August.

‘I have got to be honest with you, I’m not lying to you, I have an injury on my left foot. I’m sorry, that’s why I am going to be shaky,’ Jim said, asking to move over to the more stable sidewalk.

‘I have been injured for a while and I am in rehab on it.’ 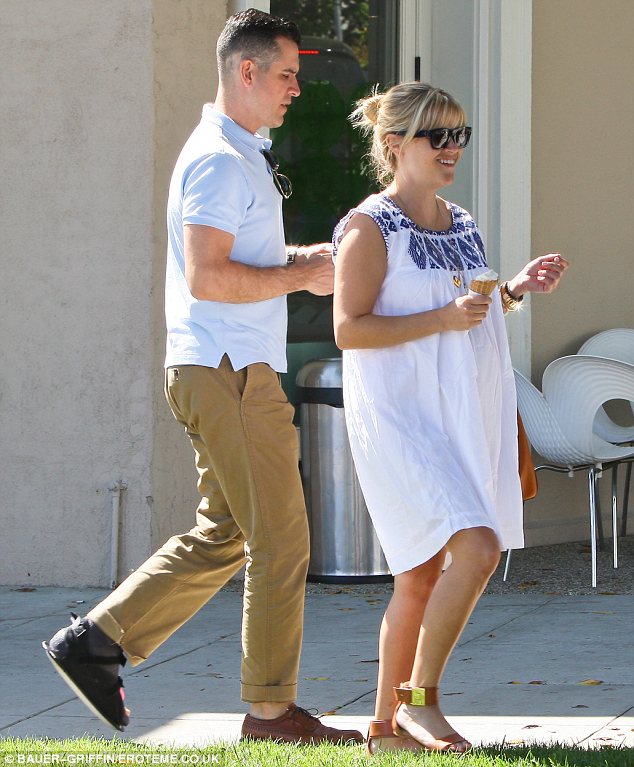 Injured: Jim was spotted with a soft cast on his ankle last August

The officer steps away to adjust the dashboard camera, showing Jim grabbing on the nearby building as he attempts to balance on the more sturdy concrete.

After Jim fails and now husband and wife are in the police car, the policeman explains he had no idea who Reese was at first.

The policeman can be heard saying: ‘I recognised her face but her hair is what threw me off and then she said her name and I was like, “Ain’t no way.”‘

Jim once again tries to show he is siding with the officer rationalising that the pair are ‘not entitled’ and not looking to ‘push back against justice.’ 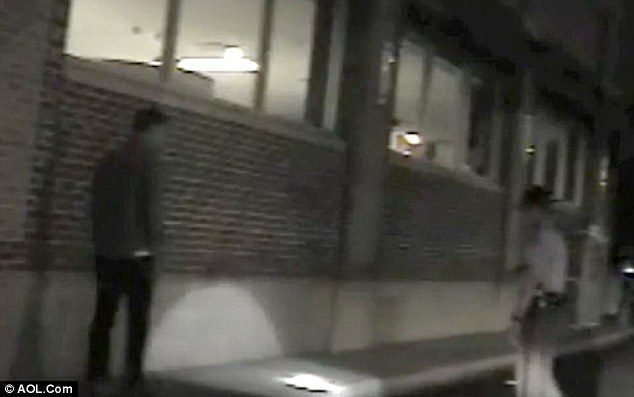 Changing up his walk: Jim asks to move the test to a more stable sidewalk 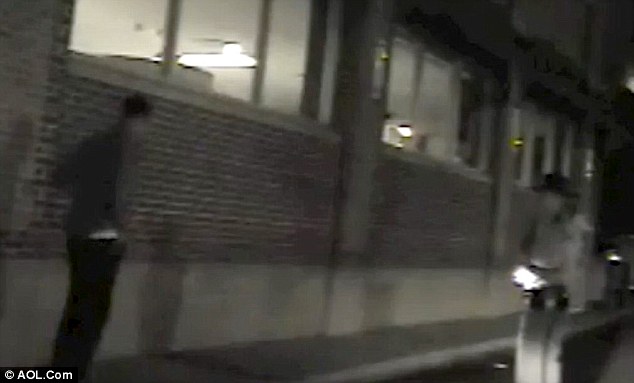 Little cheat: He then tried to balance himself on the nearby wall

‘I get that you have to do your job and just know that she’s a good lady, she just often times gets… there’s a flip side to everyone,’ Jim says.

‘It’s not disrespect or anything, I was just trying to calm her down,’ he states, making an apology for his chatty behaviour.

‘I was hoping we could work that out because that unfortunately now is going to become a national news story.’ 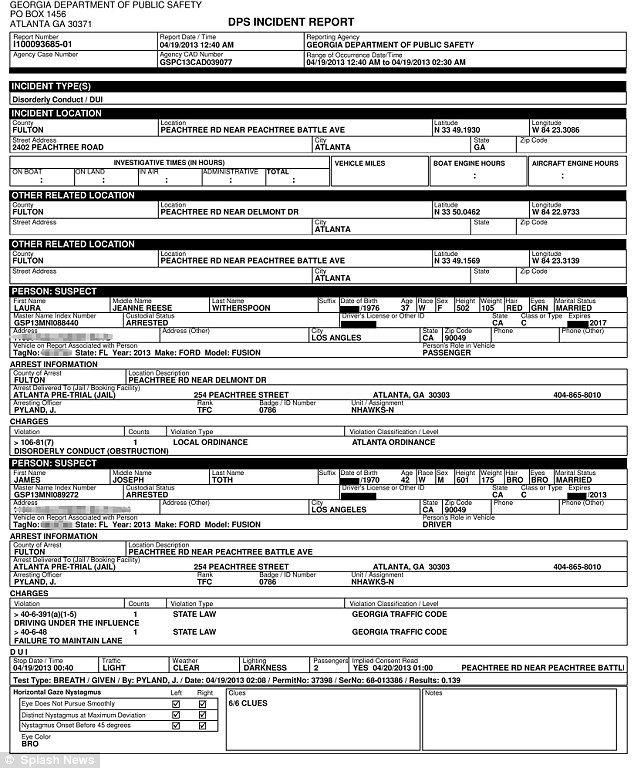 Arrest report: An arrest report listing both Reese and Jim’s offenses was also released on Sunday 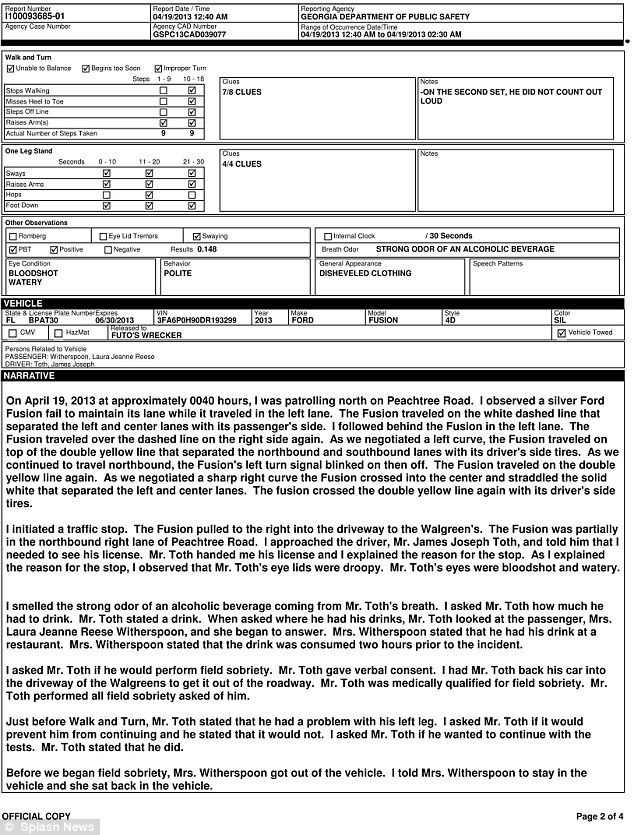 Detailed: The documents detail how the Oscar winning actress and her beau had a run in with a Georgia State Patrol officer in the early hours of Friday April 19 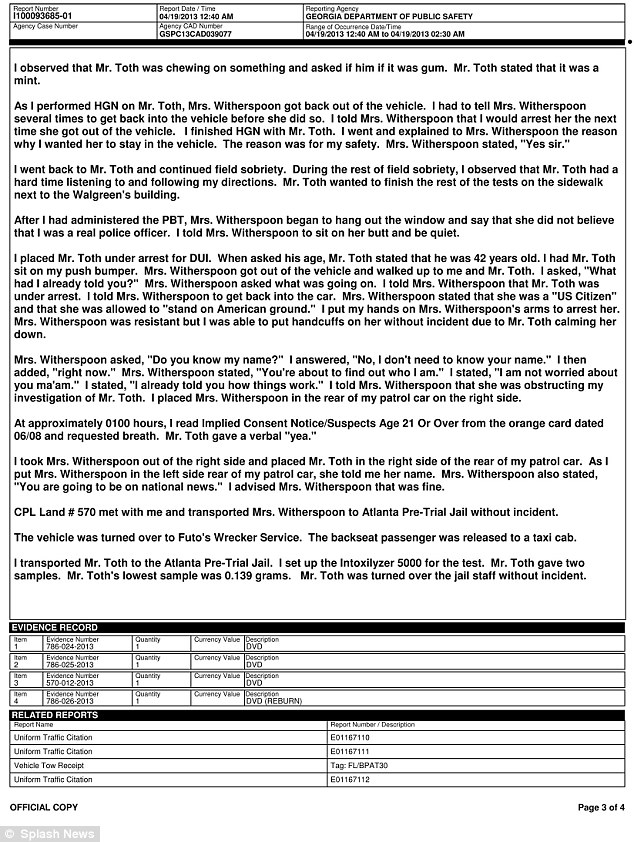 Play-by-play: It goes on to explain Reese’s play-by-play reaction to her husband’s arrest